This post is really not a post, it’s mainly a dump of notes I have been putting together while following one of my online courses related to Linux & OpenSource. It has memes so it’s a little less boring, but I do understand if one spaces out even then. With that out of the way, let’s begin! 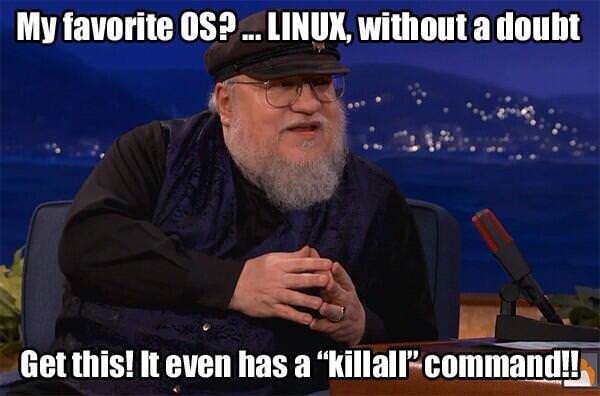 Like all UNIX-based operating systems, Linux consists of a single big filesystem tree.
It’s designed as an inverted tree with the root directory / at the top of that tree.
Different filesystems, locally present in different partitions, or sometimes on the network, can be mounted at various points within this large logical filesystem.

Regardless of how things are actually joined together, it all just looks like one filesystem, with applications not caring at all about what physical device files actually reside on.

The following is a list of the main directories normally found under /: 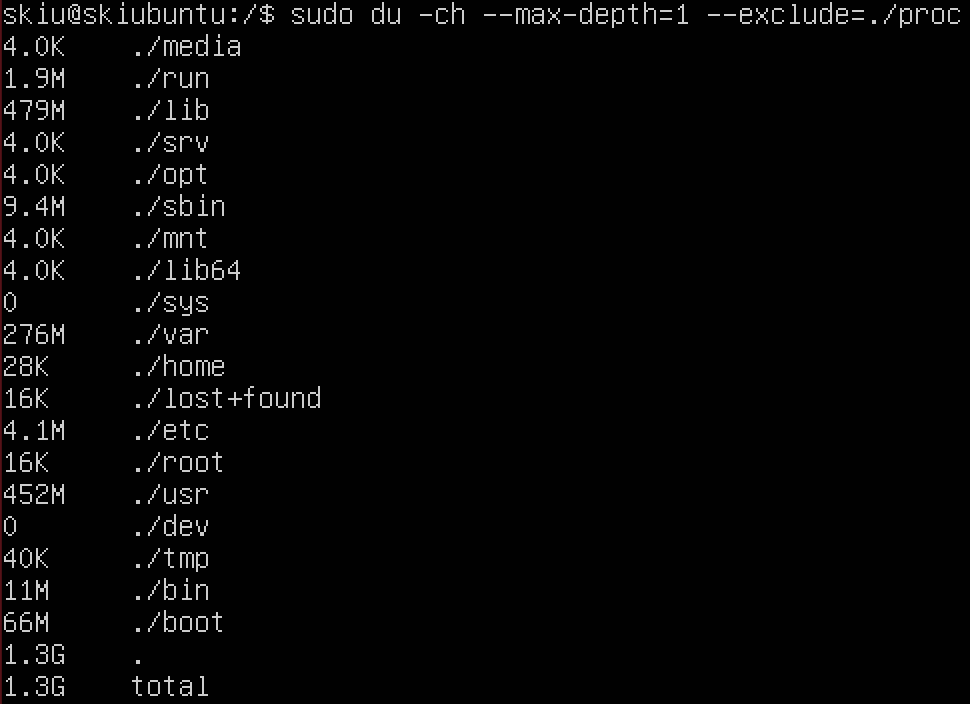 This is the primary directory of the entire file system hierarchy. The partition and filesystem containing the root directory itself is often in a special dedicated partition. The root partition must contain all essential files required to boot the system, and mount all the other file systems.

Contains essential executable programs and scripts that must be available in single user mode. These programs are required when no other filesystems have yet been mounted. This directory may not include any subdirectories.

Files needed to boot the system, such as the kernel(vmlinuz), initrd, initramfs and boot configuration files and bootloader programs.

Device nodes, which are special files used to interact with hardware and software devices.

System wide configuration files and some stratup scripts; there should be no executable binary programs. File and directories which may be found here include:

User home directories, including personal settings, files, etc. All personal configurations, data, executable programs would be placed under this directory, for example under /home/micuffaro.

Users can always substitute the environmental variable $HOME for their root directory, or the shorthand ~:

is the same as:

Libraries required by executable binaries in /bin and /sbin. These libraries are particularly important for booting the system and executing commands within the root filesystem.

PAM (Pluggable Authentication Modules) files are stored in /lib/security. A /lib64 directory may be found in cases of Red-Hat systems that support 64-bit binaries.

Mount points for removable media such as CDs, DVDs, USB Sticks and floppy disks. Modern Linux systems mount such media dynamically upon insertion, with udev creating directories under /media and mounting the removable filesystems there. Upon unmounting and removal, directories used as mountpoints under /media disappear.

Optional application software packages. The directory is designed for software packages that wish to keep all or most of their files in one isolated place. This makes installing and uninstalling software relatively easy, everything being in one convenient isolated location.

Using system packaging sisyems such as RPM or APT, makes it also easy to install and uninstall with a clear sense of file manifests and locations.

Virtual pseudo-filesystem giving information about the system and processes running on it. Can be used to alter system parameters. This information resides only in memory, not on disk. This directory is empty on a non-running system, and constantly changing when the system is actually running. Important pseudo-files include /proc/interrupts, /proc/meminfo, /proc/mounts, /proc/partitions, and provide an up-to-the-moment glimpse of the system’s hardware.

Virtual pseudo-file system giving information about the system and processes running on it. This directory resembles /proc a lot, but is younger and has adhered to strict standards about what kind of entries it can contain. Unlike /proc, all pseudo-files in /sys contain only one line. The directory itself is the mount point of the sysfs pseudo-filesystem where all information resides only in memory.

This is the Home directory of the root user.

Essential system binaries, used for booting, restoring, recovering and/or repairing the system, in addition to the ones in /bin.

Site-specific data which is served by the system. The main purpose of specifying this is so users can find location of the data files for a particular service. There is no general consensus at the moment as to how this directory should be structured. One method be to structure data by protocol, example ftp, rsync, www and cvs.

Temporary files which can be accessed by any user or application. Data in this directory is not meant to be depended on to stay around for a long time.

Multi-user applications, utilities and data; It can be thought of as a secondary hierarchy. It’s used for files which are not needed for system booting. Software packages should not create subdirs directly under /usr. symbolic links may exist to other locations for compatibility purposes. The directory itself is typically read-only; It contains binaries which are not needed in single user mode.

Variable data the changes during system operation, such as log files, printing queues, mail queues, administrative data files, cache contents. It is often considered good practice to mount /var as a separate filesystem, as it cannot be mounted read-only. /var/log and /var/spool are notable directories which are the most used.

Another pseudo-filesystem existing only in memory. Its purpose is to store transient files, such as those containing runtime information, and which do not need to be preserved when rebooting. In generalm /run is implemented as an empty mount point, with a tmpfs ram disk mounted there at runtime. This directory has been in use for several years by major Linux distributions, but still not formally accepted as a standard.

The Filesystem Hierarchy Standard, previously created by Free Standards and now passed onto the Linux Foundation, standardizes the filesystem structure as the above across all distributions. We may however find additional distribution-specific dirs found under the root directory. These may include things like /misc or /tftpboot,