I recently stumbled into an issue that had me stumped for a couple days. I have been writing a small tool that would read a list of domains, their registrar, and their date of expiry; it would then take that data to create a Google Calendar reminder for each domain.

It’s relatively simple to do, by knowing how to get Python to read csv files, loop into them, and interfacing with the Google API, for which there is excellent documentation.

This is one of various automation tools that I have been putting together, to make my life easier both at GiG and for my webhosting adventures.

Anyway, the program is divided into two parts, the first being the google_calendar_toolkit.py, which has first of all the google authentication flow, and secondly a (very small, for now) collection of functions which will be executing various tasks related to Google Calendar, for me to comfortably call in my other programs.

The second part is the bulk_event_adder, the main portion of the program, which takes the CSV file as its input and has the program logic built in it, importing the add_reminder() func from google_calendar_toolkit. 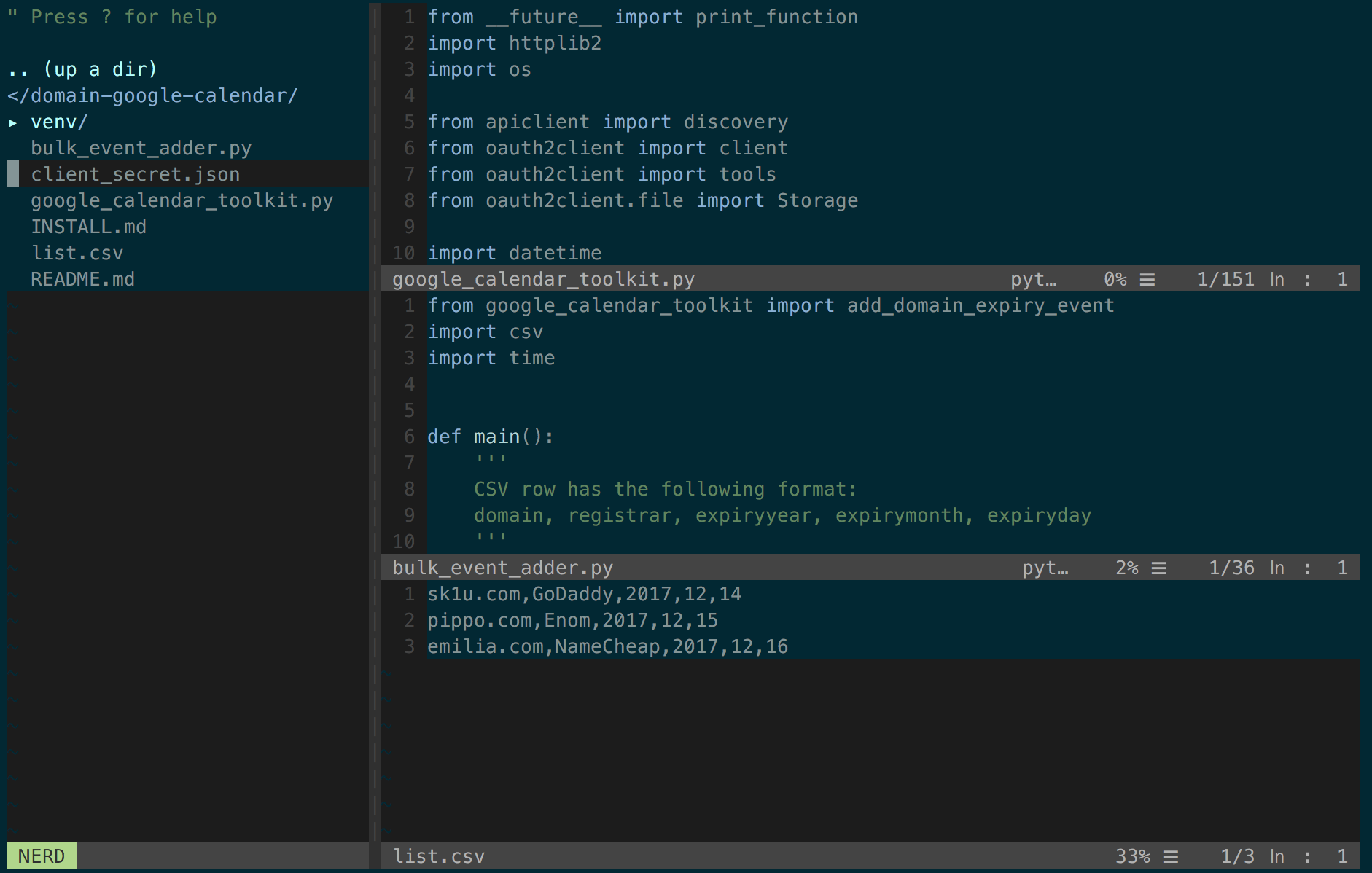 My goal was to be able to run something like the following:

And have it work its magic that way. I would have done that in the simplest way possible, by starting with:

sys.argv[1] being the desired filename.

Of course trying to run this with:

Wat. I’ve used similar code before and it always worked, like clockwork.

The program was NOT behaving the way I intended, plus it was throwing an error which I wouldn’t expect from the sys module.

Some time after scouring Stack Overflow, it hit me: my code was fine. A code snippet used in google_calendar_toolkit was the culprit:

This is defined nearly at the beginning of the file, and used as part of the oauth2 flow for authenticating to Google.

My main bulk_event_adder was infact inheriting that import, and behaving as if I had imported and initialized argparse.

This is because when we write:

In short: If the name has been imported elsewhere, it will be in the global list of all modules, and so will be reused.

Workarounds to this? Initialising argparse in the imported module, under

at the bottom of the program. This way, Argparse is initialised only if the imported module is run as main.

Of course it is to be seen if argparse needs to be initialised outside of that, depending on the context. In the case of my domain-google-calendar, I simply chose to call the csv by its filename in the script, so that it can be run as follows: